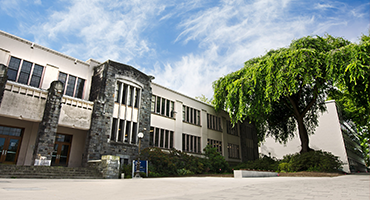 Three UBC projects led by Department of Physics & Astronomy researchers have received $13.7 million in infrastructure support through the Canada Foundation for Innovation (CFI), with researchers from the department involved in three other projects receiving an additional $21.2 million in funding.

The funding is part of $518 million in research infrastructure investments announced by the Right Honourable Justin Trudeau, Prime Minister of Canada, today.

"Canada's researchers and scientists are some of the brightest and most skilled in the world," said the Prime Minister of Canada in making the announcement. "Today’s investments will ensure that they have what they need to help us build a Canada that is healthier, cleaner, and more competitive."

The funding will support 102 projects at 60 universities, colleges and research hospitals across the country, and will help Canada remain at the forefront of exploration and knowledge generation. Nine projects are led by UBC researchers awarded $28.3 million in funding; among them, three projects are led by UBC Physics & Astronomy researchers. UBC Physics & Astronomy researchers are collaborators on three other projects led by other institutions.

The investments were made through the CFI's Innovation Fund. This fund supports 40 percent of infrastructure costs across the full spectrum of research, from the most fundamental to applied, to technology development, with the remaining portion coming from partners such as provincial and territorial governments and the institutions themselves. These investments will help Canada remain at the forefront of exploration and knowledge generation, and to support researchers in addressing global challenges and making meaningful contributions to social, health, environmental and economic benefits for Canadians.