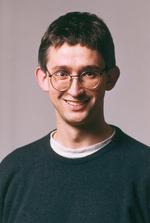 Physical Cosmology can be split into two major branches: the detailed study of how structure formed; and the investigation of the parameters which describe the entire Universe. My research involves several different parts of both of these branches.

In the last couple of decades we have been measuring observable quantities that describe the Universe on the largest scales, e.g. anisotropies in the cosmic microwave background, the clustering of galaxies and gravitational lensing. The most extraordinary thing that we have been learning about cosmology is that these measurements can be fit with a simple model requiring just a handful of parameters.  This immediately makes us wonder why such a simple model works, why the parameters have the values they do, and how exactly the Universe grew from this simple state into the richness of astronomical objects that we see all around us today.

We know that the Universe has close to flat geometry, and is dominated by a mysterious dark energy, with most of the matter also made of some as yet unknown form. The early Universe was very smooth, with low amplitude density perturbations of the sort generated in the inflationary picture of the early Universe. And we know that those perturbations grew through gravitational instability to make all the structure that we see in the Universe today. Galaxies are the fundamental building blocks of this structure, but the details of galaxy formation are not yet understood, since it involves a variety of physical processes on a huge range of length scales and time scales.

Pinning down the precise values of the cosmological parameters (and finding out of we need more parameters in our models) cannot typically be done without also measuring quantities that depend on galaxy formation and evolution. Hence the study of the two main branches of cosmology are always intimately connected. With the parameters being measured to greater and greater precision, and the physics of galaxy formation being dissected in ever increasing detail, we are still left with many unsolved puzzles. In particular: why is the Universe the way that it is? what are the dark matter and the dark energy? did inflation really happen and can we learn anything about it? are there basic ingredients currently missing from the standard cosmological model? when exactly did the first stars form to end the cosmic dark ages? what is the relationship between supermassive black holes and the galaxies that they form inside? what will be the far future fate of the Universe and of our small part of it?

The development of structure in the Universe is a complex and multi-faceted topic. Tackling the biggest questions in the formation and evolution of galaxies and clusters of galaxies requires a combination of observational and theoretical approaches, covering the full range of the electromagnetic spectrum. A crucial and developing window is in the sub-millimetre part of the spectrum, where one can readily study star-forming galaxies at very early times. Because of this I have become involved in several projects and instruments that focus on using these wavelengths in order to conduct ambitious, deep extragalactic surveys.

I have been part of large collaborations (e.g. Planck, Herschel survey teams) and smaller experimental collaborations (SCUBA-2, BLAST, ...), but also work with students on iindependent observational and theoretical projects across a range of projects in astrophysics and cosmology.