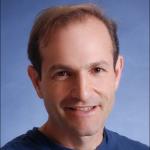 One main thrust of my research program is the role of magnetic fields in compact objects. My most significant discovery in this area is that the birefringence of the vacuum induced by QED increases the observed polarization of x­rays from neutron stars by up to a factor of five. As x-­rays travel through the magnetosphere, the QED birefringence lines up the polarization vectors of each ray in parallel. Four midsized (CAD 500M: XIPE, IXPE, PolSTARR and PRAXYS) and one large (CAD 1B: eXTP) x­ ray observatories that include polarimeters are currently under development. ESA has selected XIPE, and NASA has chosen IXPE and PRAXYS for phase A studies for the next mid­sized missions. All of these missions cite the measurement of this QED effect as a key science goal. I serve on the science teams of XIPE and eXTP. In support of these missions, my student Ilaria Caiazzo and I calculated the consequences of QED birefringence for objects other than the most strongly magnetized neutron stars (the magnetars). We have found that observations of x-­ray polarization from pulsars such as Her X­1 could actually constrain the strength of the birefringence and the surface gravity of the neutron star. Magnetic fields have long been considered the source of viscosity in accretion disks. The birefringence of QED near accretion disks surrounding black holes will provide the first probe of these magnetic fields. For black hole, we found that the vacuum polarization becomes important around 2−8 keV right in the middle of the sensitivity of these missions, so that the changing extent and direction of the observed polarization could probe both the geometry of the system, the strength of the magnetic fields near the accretion disk, QED and GR.

Furthermore, to understand soft-­gamma repeater hyperflares, my collaborators and I have studied the role of plasma instabilities and reconnection in the magnetospheres of magnetars. We have found the delay between the burst precursor (the hyperflares have all be preceded by a smaller gamma­ray burst) and the onset of the hyperflare is explained by the thinning of a reconnecting magnetic field that has been polluted with baryons from the surface. We also find that the timescales during the hyperflare itself are well understood as various other reconnection timescales such as island merging etc. To understand the surface emission from neutron stars, my student Anand Thirumalai and I developed pseudospectral algorithms to calculate the structure of atoms in strong magnetic fields. This technique has the dual advantages of high accuracy (it reproduces the energy levels on unmagnetized atoms to better than one part per thousand) and high speed, 1,000­-10,000 times faster than other techniques of comparable accuracy, Within the neutron star, my student Dan Mazur and I found that the radiative corrections of QED create an attractive force between magnetic flux tubes, drawing them together into a lattice with a spacing comparable to the Compton wavelength of the electron, i.e. neutron stars may be Type 1.5 superconductors. To perform this calculation, Dan developed software to calculate the effective action of QED in a complex geometry using a worldline Monte Carlo technique. By developing this on GPUs, he achieved a factor of 1000 speed­up of the calculation, making this result possible.

The second main thrust of my research over the past five years is to develop a holistic view of stellar clusters, from the theoretical calculations of stellar evolution, dynamics and atmospheres to the acquisition and analysis of data from the Hubble Space Telescope (HST) and ground­based facilities. My collaborators and I have had successful HST proposals in three of the past five cycles to observe stellar clusters. This view along with new statistical tools (an unbinned likelihood analysis of the data and Monte Carlo simulation of data acquisition) has produce many key results. The first is the measurement of the dynamical relaxation time of a globular cluster. Gravitational interactions between pairs of stars in a cluster has been though to redistribute the kinetic energy equally among the stars. We measured this effect first in a peripheral field in NGC 6397 and later in greater detail in the core of 47 Tuc. In the both cases the timescales for this redistribution agreed loosely with theoretical expectations. To do this we exploited the fact that stars at the end of their lives lose about a third of their mass to become white dwarfs, so by looking at the locations of young and old white dwarfs in the cluster we could track the relaxation.

In the core of 47 Tuc this result immediate led a more surprising conclusion. The distribution of the youngest white dwarfs (less than 20 Myr) closely resembles that of the main sequence stars that had not yet lost mass. This allowed us to pinpoint the epoch of mass loss to within a few Myr of the formation of the white dwarf. Before this the conventional wisdom was that these stars (that are similar to our Sun) would lose mass as red giants about 100 Myr before the formation of the white dwarf. We verified the late epoch of mass loss through theoretical models of stellar evolution and measurements of the mass of stars in the cluster in the intervening stage between red giant and white dwarf, the horizontal branch, and found that their mass was similar to that of the main­ sequence stars; little mass loss occurs while the stars are red giants, rather it occurs on the asymptotic giant branch when the stars are consuming both hydrogen and helium in shells and the mass loss occurs in pulses. We also measured the masses of the blue straggler stars both dynamically and from stellar models. We found dynamical masses of up to about three times the mass of the most massive main­sequence stars and stellar masses of up to twice than of the main­-sequence stars. Furthermore, we found that these mysteriously reborn stars (they are much brighter and bluer than stars that formed with the cluster) only live for about 200 Myr. The previous estimates of their lifetimes ranged from 50 Myr to 2 Gyr. The difference between the dynamical mass and the stellar mass indicates that the blue stragglers form from triple systems in which the outermost star drives the inner stars to merge and form a blue straggler. We also found binaries of young white dwarfs with main sequence stars that appear in just the right number and radial distribution to account the blue straggler stars that have recently died.

We developed new techniques to measure the cooling of white dwarfs directly from the data without any a priori knowledge of the ages of the white dwarfs. We also generalized this technique for neutron stars. Building on these initial results we applied for and received a large allocation of HST time to create a census of over 500,000 stars in the central region of 47 Tuc. Looking through these data we found evidence of this pulsing mass loss and measured for the first time the cooling of white dwarfs due to neutrino emission, constraining the cross­section of neutrinos with electrons at 1 keV to be within 20% of the standard model value, leaving little room for weakly interacting particles beyond the standard model such as axions that may couple to electrons. By looking at the polarization of optical radiation from strongly magnetized white dwarfs we also constrained the coupling of axions to photons in regimes otherwise inaccessible.