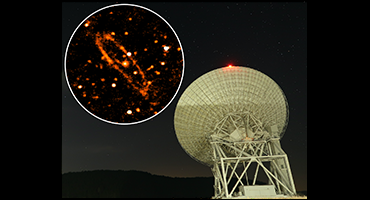 ‘Disk of galaxy’ identified as region where new stars are born

Scientists have published a new, detailed radio image of the Andromeda galaxy – the Milky Way’s sister galaxy – which will allow them to identify and study the regions of Andromeda where new stars are born.

The study – which is the first to create a radio image of Andromeda at the microwave frequency of 6.6 GHz – was led by University of British Columbia physicist Sofia Fatigoni, with colleagues at Sapienza University of Rome and the Italian National Institute of Astrophysics. It was published online in Astronomy and Astrophysics.

“This image will allow us to study the structure of Andromeda and its content in more detail than has ever been possible,” said Fatigoni, a PhD student in the department of physics and astronomy at UBC. “Understanding the nature of physical processes that take place inside Andromeda allows us to understand what happens in our own galaxy more clearly – as if we were looking at ourselves from the outside.”

Prior to this study, no maps capturing such a large region of the sky around the Andromeda Galaxy had ever been made in the microwave band frequencies between one GHz to 22 GHz. In this range, the galaxy’s emission is very faint, making it hard to see its structure. However, it is only in this frequency range that particular features are visible, so having a map at this particular frequency is crucial to understanding which physical processes are happening inside Andromeda.

In order to observe Andromeda at this frequency, the researchers required a single-dish radio telescope with a large effective area. For the study, the scientists turned to the Sardinia Radio Telescope, a 64-metre fully steerable telescope capable of operating at high radio frequencies, located in Italy. 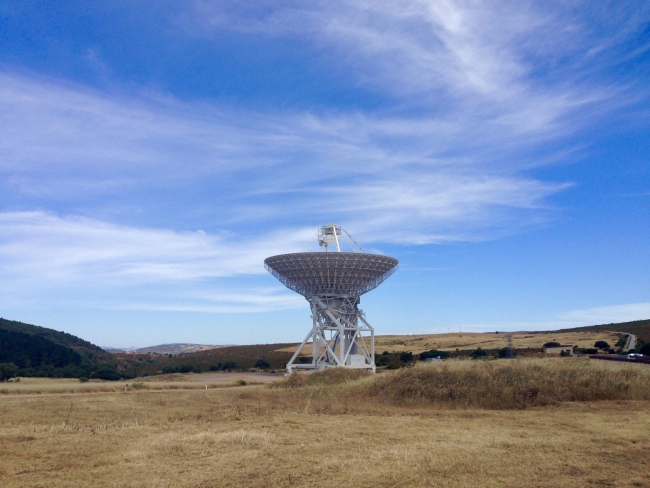 It took 66 hours of observation and consistent data analysis for the researchers to map the galaxy with high sensitivity.

They were then able to estimate the rate of star formation within Andromeda, and produce a detailed map that highlighted the ‘disk of the galaxy,’ as the region where new stars are born.

“By combining this new image with those previously acquired, we have made significant steps forward in clarifying the nature of Andromeda’s microwave emissions and allowing us to distinguish physical processes that occur in different regions of the galaxy,” said Dr. Elia Battistelli, a professor in the department of physics at Sapienza and coordinator of the study.

“In particular, we were able to determine the fraction of emissions due to thermal processes related to the early stations of new star formation, and the fraction of radio signals attributable to non-thermal mechanisms due to cosmic rays that spiral in the magnetic field present in the interstellar medium,” Fatigoni said. 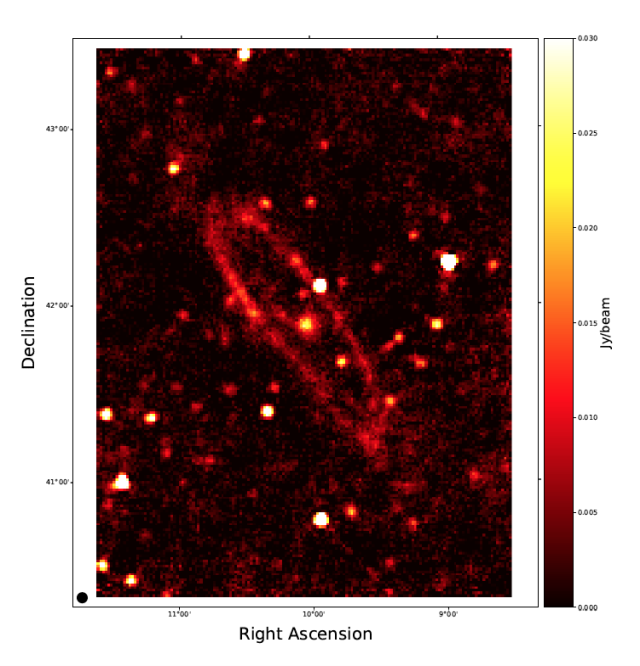 Final image of the Andromeda galaxy after averaging over the whole bandwidth at 6.6 GHz. Credit: S. Fatigoni et al (2021)

For the study, the team also developed and implemented software that allowed them to test new algorithms to identify never-before-examined lower emission sources in the field of view around Andromeda at a frequency of 6.6 GHz.

From the resulting map, researchers were able to identify a catalog of about 100 ‘point sources’ including stars, galaxies and other objects in the background of Andromeda.