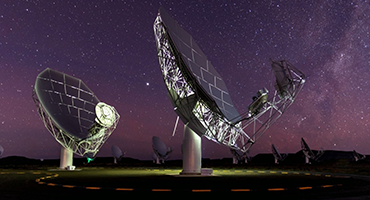 An international group of astronomers, led by the Max Planck Institute for Radio Astronomy (MPIfR) in Bonn, Germany and the University of British Columbia (UBC) in Vancouver presents the first results of a large program to use South Africa’s MeerKAT radio telescope to test the theories of Einstein with unprecedented precision. UBC Physics & Astronomy Professor Dr. Ingrid Stairs is a co-lead of the programme named “Relativistic and Binary Pulsars” (RelBin); initial results are detailed in a Monthly Notices of the Royal Astronomical Society paper published today.

The general theory of relativity by Albert Einstein is among the most tested theories in physics and currently the best description of gravitation. Yet, questions like the nature of “Dark Matter” or “Dark Energy” remain unanswered, and possible deviations from general relativity are still being investigated. Here, the study of binary pulsars, compact stars that act both as cosmic lighthouses and precise clocks, provide unique insight that is complementary to other experiments, such as with gravitational wave detectors or satellite missions.

Pulsars are only about 24 km across and consist mostly of neutrons. With masses of up to about twice that of the Sun, they are the most extreme objects in the observable Universe. By tracking their motion around a possible companion, another neutron star or a larger “white dwarf”, the exposed core of a dead ordinary star, radio telescopes like MeerKAT in South Africa can pinpoint their position in their orbit to a precision of about 30 meters only! This can reveal a number of relativistic effects in their motion, such as the emission of gravitational waves or the effects on the propagation of light in their strong gravitational fields.

The MeerKAT telescope is a superb new radio telescope built and operated by the South African Radio Astronomy Observatory (SARAO), which provides a high sensitivity by combining the signals of 64 individual 13-m antennas. Within the MeerTime Large Survey Project, led by Professor Matthew Bailes from Swinburne University in Australia, the “Relativistic and Binary Pulsars” (RelBin) project led by Prof Michael Kramer, Director at the MPIfR, Bonn, and Professor Ingrid Stairs from the University of British Columbia in Canada, was the top-rated science programme proposed for MeerKAT. The international RelBin team including colleagues from Africa, Australia, Europe and North America now presents the first results from this programme.

RelBin is primarily focused on observations of relativistic effects in binary pulsars to enable precision measurements of neutron star masses and tests of theories of gravity. Even though most exciting results will only be obtained after many more months of observations, the team can already demonstrate that observations with MeerKAT improve on existing data from other telescopes by typically a factor of 2-3, sometimes by an order of magnitude. Michael Kramer is excited, “The performance of MeerKAT is better than we expected! We can do experiments now that would not only have taken perhaps 10 years with other telescopes, but we can also do them much more precisely.”

Among the studied sources is the famous Double Pulsar system (Fig. 1), where two pulsars orbit each other in just 2.5 hours. Co-lead Ingrid Stairs explains, “We can study this system now in much better detail. The system is changing its orbital configuration constantly due to relativistic effects and we can follow those very precisely for tests of general relativity.”

RelBin is the largest concentrated study of relativistic binary pulsars of its kind, aiming also to increase the number of precisely measured neutron star masses. Dr. Vivek Venkatraman Krishnan, post-doctoral researcher at MPIfR and co-organiser of the work, puts this in context: “Neutron star masses provide insights into how dense we can pack matter in the Universe. With MeerKAT observations of relativistic effects in the binary motion of neutron stars, we can measure their masses to a precision of about 1% or better, potentially proving or ruling out a number of models proposed by nuclear physicists.”

Matthew Bailes’ team at Swinburne University of Technology designed the supercomputing infrastructure that digests almost 300 Million Megabytes of data every day from the telescope and transforms it into science ready data. “MeerKAT is a perfect example of a global megascience project, with experts from around the world coming together to build a fantastic instrument to put Einstein’s laws through their paces”, he says.

Operated by SARAO, MeerKAT is the largest radio telescope in the Southern hemisphere and one of two precursor instruments of the SKA Project, based in South Africa. Located in the Karoo desert, the radio telescope will soon be expanded by the Max-Planck Society, in partnership with SARAO and INAF in Italy with a number of additional dishes. This project known as “MeerKAT+” will enhance the capabilities of MeerKAT, which will later be gradually integrated into the SKA Project, whose construction is about to begin and will continue until 2028. The first scientific observations of the enhanced MeerKAT could begin as early as 2023, during the testing phases of the telescope.

“We simply have to congratulate our South African colleagues to their great achievement. We are proud and grateful to be able to use the telescope together with our African colleagues for our joint studies. Stay tuned for many more exciting results!” concludes Michael Kramer. 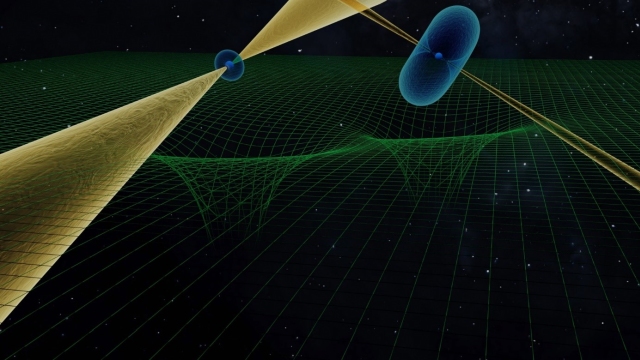 Figure 1. PSR J0737-3039A: the double pulsar system consists of two pulsars (with rotation period of 23
millisecond and 2.8 seconds) orbiting each other. It is one of the targets investigated within the
framework of the RelBin programme. Credit: M. Kramer/MPIfR

More about MeerKAT and RelBin

Operated by the South African Radio Astronomy Observatory (SARAO), MeerKAT is the largest radio telescope in the Southern hemisphere and one of two precursor instruments of the SKA Project based in South Africa. Located in the Karoo desert, the radio telescope will soon be expanded with an additional number of dishes, becoming “MeerKAT+”. This will later be gradually integrated into SKAO's Mid telescope, whose construction is about to begin and will continue until 2028. The first scientific observations of MeerKAT+ could begin as early as 2023, during the testing phases of the telescope.

MeerTime is a Large Survey Proposal running on MeerKAT, led by the Swinburne University of Technology, and integrating several Australian institutions as well as INAF, University of Manchester, MPIfR, NRAO and SARAO.

“Relativistic and Binary Pulsars” (RelBin) is a science programme within the framework of the MeerTime Large Survey proposal in order to systematically explore binary pulsar systems for tests of gravity. The programme is led by Prof Michael Kramer, Director at the MPIfR, Bonn, and Professor Ingrid Stairs from the University of British Columbia (UBC). The international research team includes scientists from Africa, Australia, Europe and North America.