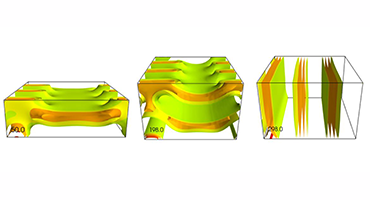 (via SBQMI) Joerg Rottler, Professor in UBC's Department of Physics and Astronomy, and his collaborator, Marcus Müller at the University of Göttingen in Germany, have developed a computationally efficient model to simulate the complex kinetic pathways of diblock copolymer self-assembly. The model, published recently in the journal ACS Nano, explains the formation of several metastable nanostructures observed in experiments. This will enable experimentalists to understand how and under what conditions these patterns form, and to quickly test out a range of parameters using desktop computers.

Copolymers are essentially long chains of carbon molecules with two or more chemically different segments coupled together. The method proposed by the researchers is in some ways generic: “What we have developed is a field theory method, and there are modifiable parameters that would map the system onto a real-world material,” said Rottler.

The model reveals how ordered structures develop in a block copolymer film on a patterned substrate. This technique is used by the semiconductor industry to make high quality lithographic masks for building electronic circuits.

When producing nanostructures, often things go wrong: the system gets trapped in metastable structures that can be very long lived and difficult to remove. Rottler and Müller have created a minimalist and therefore highly flexible simulation method that captures the conditions of self-assembly of these patterns, and optimizes process conditions in order to produce defect-free samples.

The model explains the kinetics of the process, which is the pathway of how copolymer films assemble and the nanostructures they form. The paper details the computational method and showcases its ability to reveal the competition between kinetic pathways and the equilibrium properties of the film. 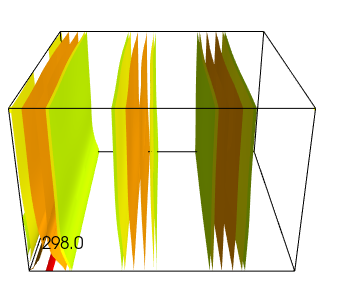 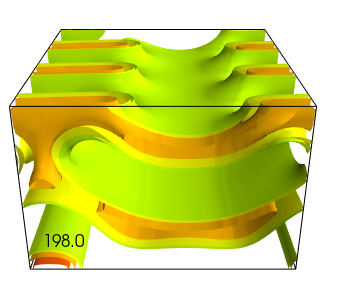 “In this film, for example, the equilibrium properties of the material favour a particular pattern—parallel stripes.  However, often these preferred states are not reached and the material will get stuck in other, intermediate states, like the “stitch” phase shown here” explains Rottler. “Our method is a way to understand how these undesired states come about, and how to avoid them by changing processing parameters such as film thickness and film-substrate interactions.”

The video above shows an example where the ordered lamellar morphology is eventually reached from an initially disordered configuration, illustrating the complexity of the process. (Additional videos are available at ACS Nano.)

“Our approach generalizes easily to multiblock copolymers and to more complex guiding patterns on the substrate, and its efficiency allows for the systematic optimization of guiding patterns and process conditions”, said Rottler. “Our hope is that this model will be used by experimentalists in a feedback loop to optimize their own experiments.”