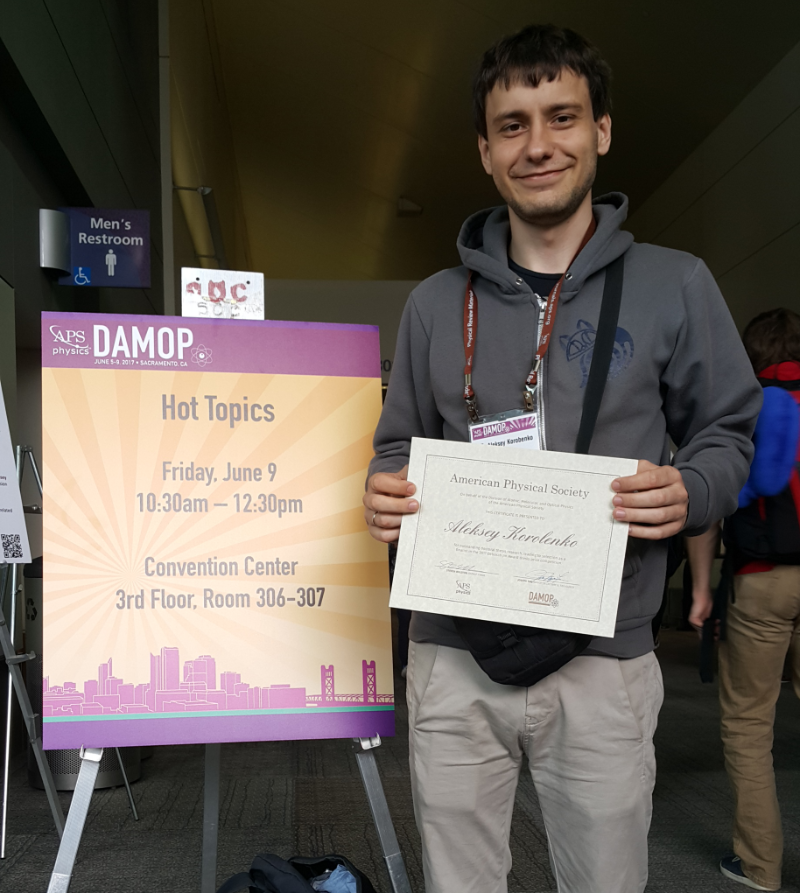 Aleksey Korobenko graduated from the Milner group in 2016. In his PhD work, Aleksey studied the dynamics of molecular “super-rotors” – molecules spun up to extreme rotational frequencies by a laser field, known as an optical centrifuge. His thesis, “Control of molecular rotation with an optical centrifuge,” was one of the finalists for the Deborah Jin Award from APS; it recognizes doctoral thesis research of outstanding quality and achievement. For this, he delivered an invited talk at the 48th Annual Meeting of the APS Division of Atomic, Molecular and Optical Physics (DAMOP), held on 5-9 June in Sacramento.

Martin Bitter, another graduate from the Milner group received the 2017 Doctoral Thesis Prize from the Division of Atomic, Molecular and Optical Physics of the Canadian Association of Physicists (DAMOPC). The biennial award recognizes outstanding PhD work completed at a Canadian university. Martin’s thesis on quantum coherent control of molecules with a series of intense ultra-short laser pulses (“Quantum coherent control of laser-kicked molecular rotors”) described the experimental study of a quantum system known as a “quantum kicked rotor”, whose dynamics is chaotic in the classical limit. Martin received a certificate and a cash award of $500, and delivered an invited talk at the CAP Annual Congress, held on 27-31 May at Queen’s University.

Congratulations to both Aleksey and Martin for their thesis work, and to the Milner lab for supporting graduate student excellence! 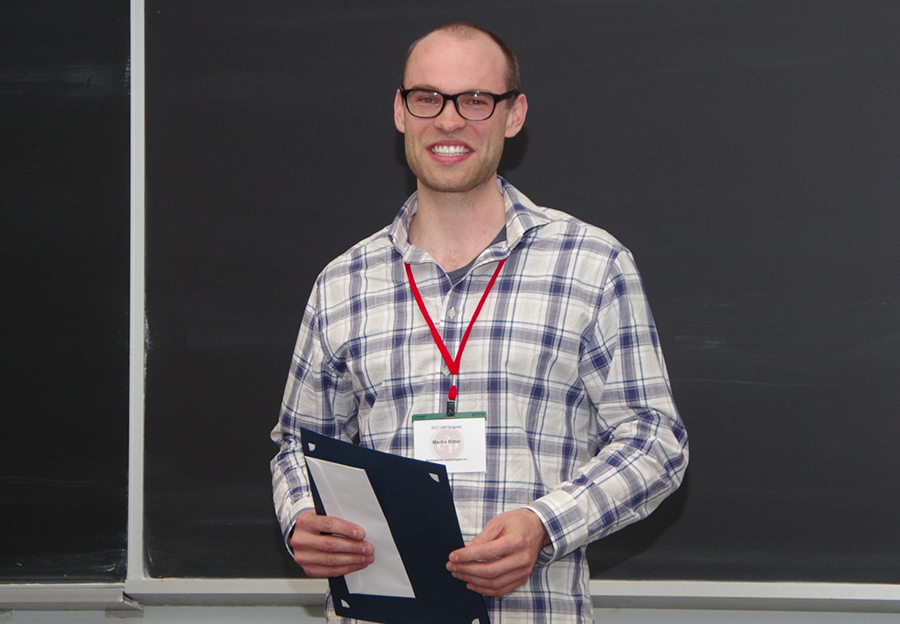