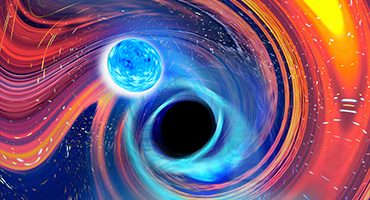 For the first time, researchers have confirmed the detection of a collision between a black hole and a neutron star. In fact, the scientists – including those at the University of British Columbia – detected not one but two such events occurring just ten days apart in January 2020. The extreme events made splashes in space that sent gravitational waves rippling across 900 million light-years to reach Earth. In both cases, the neutron star was likely swallowed whole by its black hole partner.

Gravitational waves are disturbances in the curvature of space-time created by massive objects in motion. During the five years since the waves were first measured, a finding that led to the 2017 Nobel Prize in Physics, researchers have identified more than 50 gravitational-wave signals from the merging of pairs of black holes and pairs of neutron stars. Black holes and neutron stars are both the corpses of massive stars, with black holes being even more massive than neutron stars.

Results from the new study were published today in The Astrophysical Journal Letters. The gravitational waves were detected by the National Science Foundation's (NSF's) Laser Interferometer Gravitational-Wave Observatory (LIGO) in the United States and by the Virgo detector in Italy.

Astronomers have spent decades searching for neutron stars orbiting black holes in the Milky Way, our home galaxy, but have found none so far. These extragalactic events are our first confident detection of these systems.

“These detections offer valuable insight into how often neutron star-black hole mergers occur in our region of the Universe, as well as how these systems form,” said co-author Yannick Lecoeuche, a master’s student at UBC physics and astronomy.

The first of the two events, GW200105, was detected as a strong signal by the LIGO detector in Livingston, Louisiana, while the Virgo detector was also observing. Given the nature of the gravitational wave signal, the team inferred that the source was a black hole colliding with a 1.9-solar-mass compact object, later identified as a neutron star, 900 million light-years from Earth.

“It’s exciting to see how gravitational waves emitted in just the last few seconds of these neutron star black hole mergers can give us information about where these stellar remnants might have come from and how they might have been formed, helping us to constrain their histories over millions of years,” said co-author Nayyer Raza, a master’s student at UBC physics and astronomy.

Because the signal was strong in only one detector, the location of the merger on the sky remains uncertain, lying somewhere in an area that is 34,000 times the size of a full moon.

The UBC LIGO team played a major role in LIGO data quality investigations, LIGO-Virgo candidate event validation, and LIGO data calibration, which is used to infer the true nature of the source.

“Building confidence that a candidate signal is truly astrophysical is especially important for discoveries of new sources of gravitational waves,” said co-author Dr. Jess McIver, an assistant professor at UBC physics and astronomy. “This discovery was a tricky case - we needed to remove glitches from the LIGO Livingston detector data before analyzing the signal. But GW200105 was a strong signal, and we can be confident it originated from the merger of a black hole and a neutron star.”

The second event, GW200115, was detected by both LIGO detectors and the Virgo detector. GW200115 comes from the merger of a black hole with a 1.5-solar mass neutron star that took place roughly 1 billion light-years from Earth. Using information from all three instruments, scientists were better able to narrow down the part of the sky where this event occurred. Nevertheless, the localized area is almost 3,000 times the size of a full moon.

Astronomers were alerted to both events soon after they were detected in gravitational waves and subsequently searched the skies for associated flashes of light. They found none but this is not surprising due to the very large distance to these mergers, which means that any light coming from them, no matter what the wavelength, would be very dim and hard to detect with even the most powerful telescopes. Additionally, researchers think that the mergers did not give off a light show because their black holes are big enough to have most likely swallowed the neutron stars whole.

Having confidently observed two examples of gravitational waves from black holes merging with neutron stars, researchers now estimate that, within one billion light-years of Earth, roughly one such merger happens per month.

The UBC LIGO team, working with the Stewart Blusson Quantum Matter Institute at UBC, is also researching new thin materials for gravitational wave detector mirror coatings that would allow instruments like LIGO and Virgo to sense much further into space.

“Mirror coatings on the current LIGO detectors represent one of the largest sources of noise and actually limit our ability to detect these types of neutron star - black hole collisions,” said David Dvorak, a research technician at Blusson QMI.  “We are working on developing the next generation of mirror coatings which will, like a new pair of glasses, allow us to see both further and with greater clarity.”

For those wishing for a deeper dive into these LIGO-Virgo results, the team has scheduled a webinar intended for a scientific audience. This is the 8th webinar in the LIGO-Virgo-KAGRA Webinar Series. The one-hour Zoom webinar will be on July 1, 2021 at 14:00 Universal Time Coordinated (7:00 Pacific Daylight Time; 10:00 Eastern Daylight Time; 16:00 Central European Summer Time; 23:00 Japan Standard Time).

The Zoom webinar will also be live streamed and a recording will be available upon request. 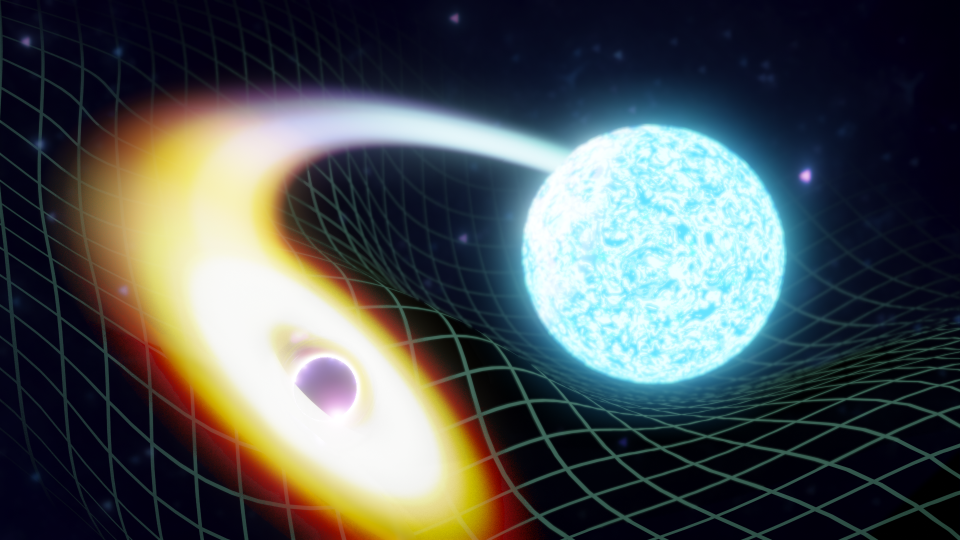 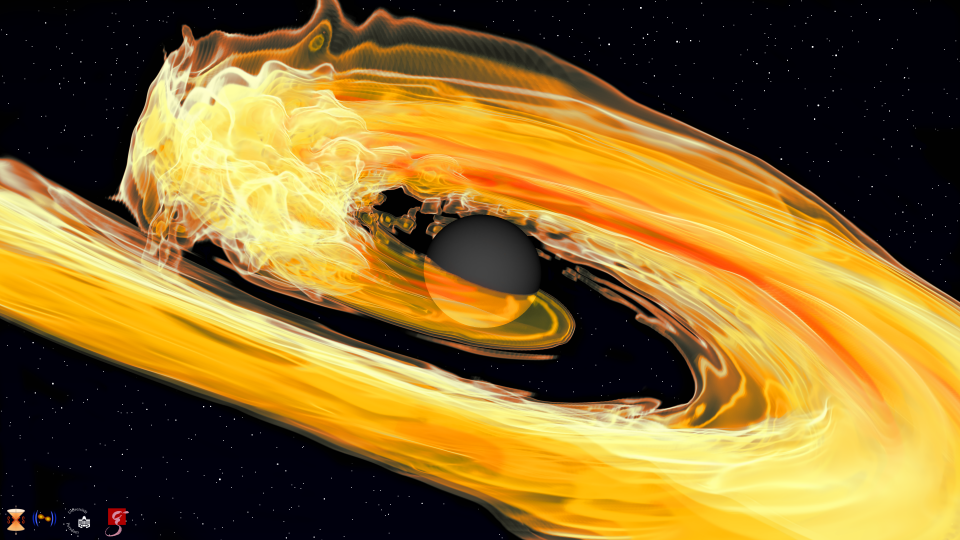