Jupiter could be surrounded by more than 600 orbiting moons 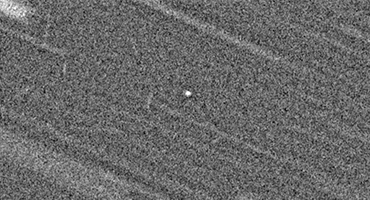 UBC astronomers, graduate student Edward Ashton, undergraduate Matthew Beaudoin, and professor Brett Gladman recently detailed their observation of 52 faint moons of Jupiter. Only 7 of the brighter objects were previously known; the rest are smaller (down to around 800 metres across). This is the first time that astronomers probe the size distribution of Jupiter's moons at such scale.

These astronomical objects were found by searching ~3 hours of 2010 archival data set from the Canada France Hawaii Telescope. From their detections, the team estimates that Jupiter is surrounded by at least 600 of such orbiting moons. Results from this study will be presented by Ashton at the 2020 Europlanet Science Congress (formerly known as the European Planetary Science Congress) at the end of the month.