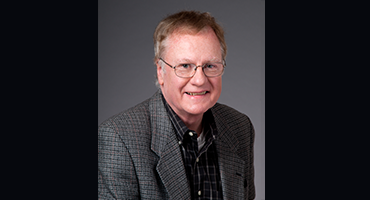 It is with great sadness we announce the passing of Professor Emeritus Dr. John Eldridge on Tuesday, December 14, 2021.

John was born on March 29th, 1942 in Oxford, United Kingdom. He completed his undergraduate degree in 1963, and his graduate degree (PhD) in 1966, both at the University of Birmingham. He continued as a Research Associate at the University of Nebraska in 1966, and joined UBC Physics & Astronomy in 1968 as a faculty member. John was awarded the Best Condensed Matter Paper in the Canadian Journal of Physics in 1981, and appointed as a UBC Killam Senior Fellow in 1986.

John was best known for his Raman scattering studies of organic crystals, which were "new" materials when he was looking at them, but have recently gained quite a bit of attention as conducting polymers for a variety of electronic/optoelectronic applications.

John was the Graduate Chair for a number of years. He also taught the department’s first year courses and was involved with the third and fourth year optics labs. The students loved him and his dry humour. He was known to be well-organized, and always very thoughtful.

After more than 40 years of excellent teaching and service to the department, John retired in December 2012. He remained personal friends with many in the department after his retirement.

A commemorative gathering for John will be arranged at a later date when public health conditions permit. The BC, Musqueam and UBC flags (at the North Plaza of the Life Building) on UBC campus will be lowered Wednesday, January 19, 2022 in remembrance.