Dr. Harvey Richer, PHAS faculty researching Astronomy and Astrophysics in the Department of Physics & Astronomy at UBC, shares his overview of the JWST First Images Release event, livestreamed from NASA earlier this morning.

Today, July 12, 2022, the James Webb Space Telescope (JWST) released it first science images. This much-anticipated event did not disappoint – at least for this astronomer. Viewing NASA's Live world broadcast event this morning, PHAS faculty, students and staff saw the JWST's first 5 released images, which are now available on the NASA website here. These images include cosmic features seen with an infrared view, showing details that have never been seen before. Canada, through the Canadian Space Agency (CSA), is a full member of the Webb consortium together with NASA and the European Space Agency.

All images released are now available from the NASA Image and Video Library.

1)    The first image released is the deepest infrared image of the Universe ever obtained. A cluster of very distant galaxies that formed 13.1 billion years ago was featured. The only way something this distant was observable was that the distant galaxies were lensed gravitationally by a foreground cluster, which has the effect of amplifying the light from the more distant sources making them visible when otherwise they would be too faint to observe. 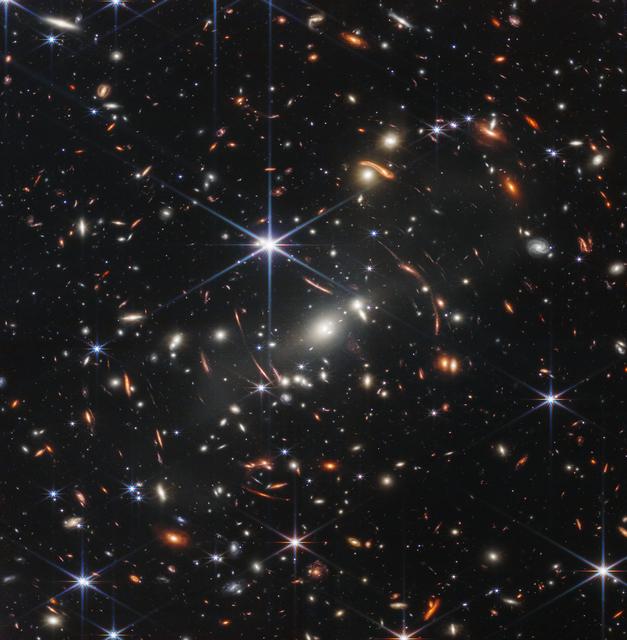 2)    JWST’s second release was not an image at all but a spectrum of a planet outside our own Solar System. The planet, termed WASP-96 b, is 1,150 light years from our Sun and the spectrum, which was obtained from light that had passed through the atmosphere of the planet, contained a signature of water. Water is almost certainly required to support life and while no one is suggesting that this planet harbours life, it may contain all the ingredients to do so. 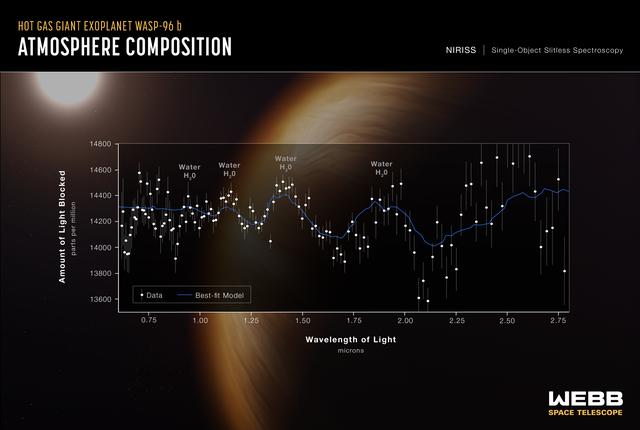 3)    The third image released was of a “planetary nebula” – the final remains of a dying star. When a star completes its evolution, as our own Sun will do in about 5 billion years, it ejects its outer atmosphere and exposes the very hot central core of the star. This core is of such a high temperature that it causes the ejected stellar atmosphere to fluoresce and glow. This gas is the blue and red colours seen in the image. Astronomers have long thought that such spectacular nebula can most easily be caused if the central star is actually a binary; two stars orbiting around each other held in place by their mutual gravity. This was borne out for this object when the far infrared image revealed the existence of a faint red companion to the blue star.

4)    The fourth image released was of a small cluster of galaxies containing 4 or 5 small galaxies gravitationally bound to each other. I have written 4 or 5 because it depends on what you want to include in the grouping. Four galaxies are the number that are actually at the same distance and are gravitationally bound together. There is a fifth, the leftmost object in the image, and it is a foreground galaxy. I liked this image the most of all those released. One reason was is that there is a UBC connection. This galaxy grouping has a number of names; the most well-known of these is Stephan’s Quintet named for the French astronomer that discovered the group in 1877. It is also known as Hickson Compact Group 92, after UBC astronomer Paul Hickson, who published a major catalogue of galaxy groups in 1982. The second, and main scientific reason I thought so much of this image, is that if you look carefully at the leftmost galaxy image (the largest one) and perhaps blow it up somewhat, you will note that this galaxy is very different from the others. On close examination you can observe that the galaxy is well resolved into individual stars. This, by itself, tells you that this galaxy must be closer than the others in this grouping. 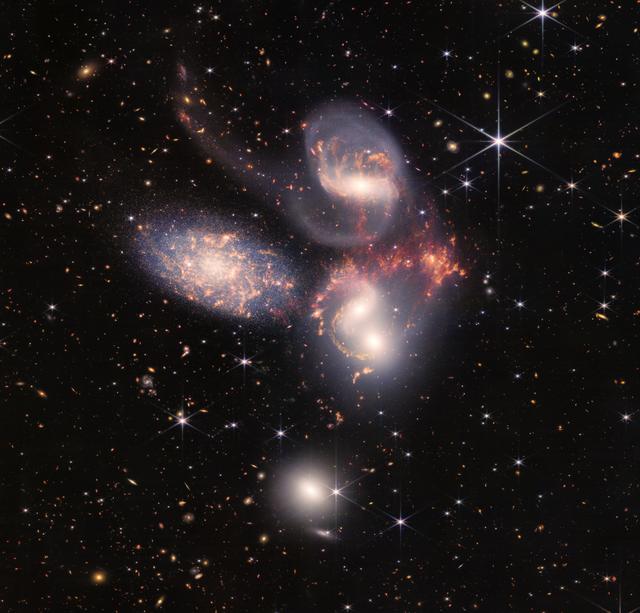 5)    The final image is of the Carina Nebula. This cloudy, dusty region is a true stellar nursery where new stars are currently forming and beginning to glow. Generally, such stellar birthplaces are hidden in the dust that helps to form the stars but the infrared sensitivity of James Webb allows long wavelength radiation to be observed even in the presence of significant dust absorption. The myriad of faint stars seen in this image were not visible with Hubble which had little infrared capability Along the upper rim of this image there is the appearance of steam leaving the dust. This is exactly what is happening here; hot gas and dust leaving the nebular due to pressure from the strong radiation field of the young stars. 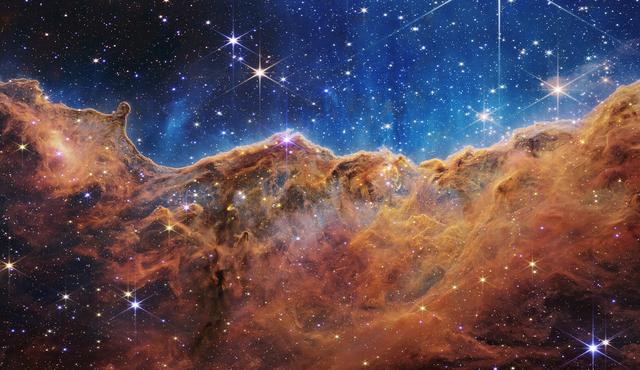 But, of course, the best images of all have not been released as yet, and in fact have not even been taken. These are those for a program initiated at UBC that will be observed by JWST in August 2022. The aim of these observations is to search for evidence of planets that might have formed in the very early universe – about 12 billion years ago. If planets existed then, the possibility is that life may have originated very early on in the universe.