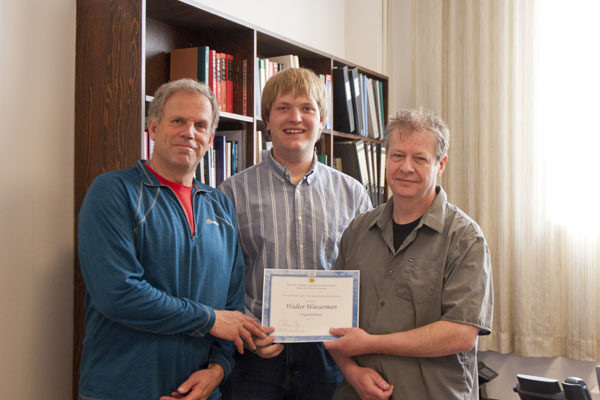 Vancouver native Walter Wasserman, a first-year student from the Science One Program at UBC, has been selected as the inaugural recipient of the Erich Vogt First Year Student Research Experience (FYSRE) award. The award is meant to mimic the federal NSERC Undergraduate Student Research Awards (USRA), which are not available to first-year students. The student receiving the FYSRE award will get a paid work experience in Physics or Astronomy research at UBC or TRIUMF over the summer.

The FYSRE award was established in 2008 in honour of long-time UBC Physics Professor and former TRIUMF Director Erich Vogt. Professor Vogt is remembered not only for his pioneering role in nuclear physics that helps put Canada on the world physics map, but also for his dedication to undergraduate physics education. It was estimated that he taught more than 5000 students since he joined UBC in 1965 until his retirement at the age of 80. Professor Vogt passed away in February 2014 at the age of 84.

Erich's son, David Vogt, Director of Innovation Strategy for the UBC MAGIC Lab, commented on what this award means to his father. "My father believed that the first year experience offers the most transformative opportunity for young people to imagine their true potential as scientists and human beings. He invested boundless energy in that belief, and would have delighted in meeting Walter."

Walter was selected among several outstanding student candidates. He recently completed the Science One Program, and has strong interests in biophysics, medical physics and condensed matter (particularly superconductivity). This summer, he is working under the supervision of Dr. Doug Bonn in a team of students and scientists on the final stages of commissioning the new low-temperature scanning tunneling microscope in the Laboratory for Atomic Imaging Research (LAIR). 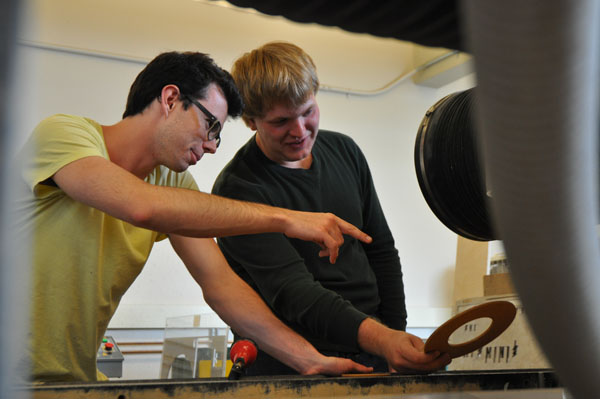 And it has already made a difference for Walter - "The Eric Vogt First Year Research Experience has been an amazing chance to find out what working in a research lab entails, and I have learned about things well beyond the scope of any class I've taken so far. It has allowed me to develop my critical thinking, decision making and literature researching skills, many of which are not skills emphasized in first year courses. I am honoured by the award, and am particularly fond of the specification of it going to first year students, for whom it can be extremely difficult to find a paid research position."

Dr. Doug Bonn, Walter's supervisor, touched on the project that Walter is involved in. "We are spending the summer commissioning our new ultra-low-vibration facility in the Laboratory for Atomic Imaging Research and are at a stage of evaluating sound and vibration levels. Walter is part of a team that is designing solutions for making this facility even quieter, through a combination of acoustic damping, and damping the motion of the 80 tonne slab floating on air suspension in the room. The Vogt award is giving Walter a chance to engage in a project of his own, but that also connects to, and is crucial for, the success of a new state-of-the-art facility for Scanning Tunneling Microscopy."

We would like to congratulate Walter again on receiving this award, and hope that this award will perpetuate Erich's legacy in physics education.

To contribute to the FYSRE fund, or to share your memory of Erich, visit the Erich's UBC In Memoriam Page. PHAS Professor Emeritus Jesse Brewer put together a website dedicated to the memories of Dr. Erich Vogt, with a good collection of photos of Erich on the Gallery page, and links to other relevant information. For high resolution images from this news article, please contact PHAS Communications Coordinator Theresa Liao, communications@phas.ubc.ca. 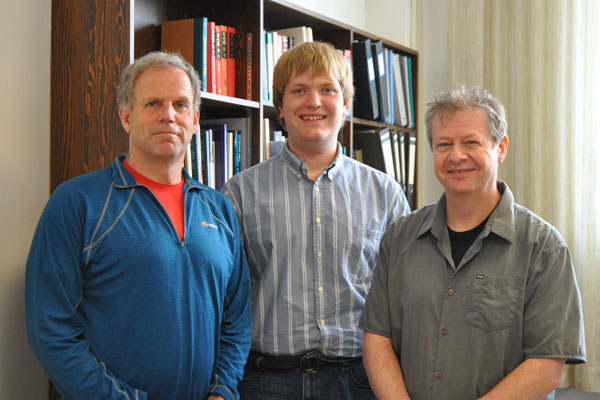 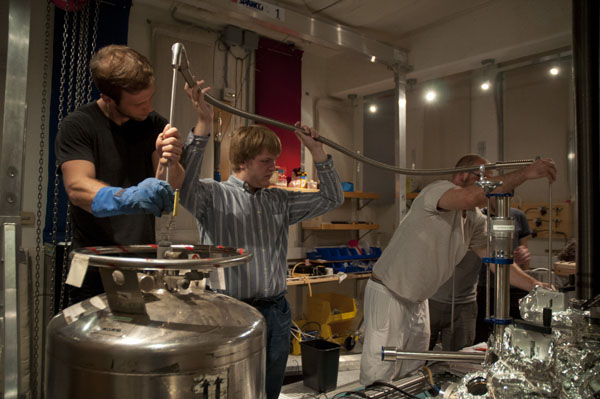