“I was deeply honoured to receive this award," said Harvey. "It needs to be shared with UBC which provided the environment and support within which the research could be conducted, and with my colleagues, students and collaborators around the world who continue to inspire me.” 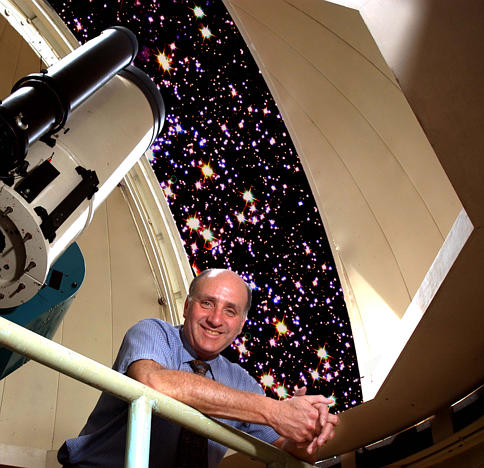 Below is the announcement by CASCA:

CASCA is pleased to announce the selection of Dr. Harvey Richer, of the University of British Columbia, as the recipient of the 2014 Carlyle S. Beals Award.

Prof. Richer received his Ph.D. in 1970 from the University of Rochester, where he studied the physical properties of carbon stars under the supervision of Prof. Stuart Sharpless. Soon afterwards, he joined the faculty at the University of British Columbia where he has remained ever since. An internationally recognized expert on stellar populations in the Milky Way, star clusters and external galaxies, Prof. Richer was a pioneer in the study of globular clusters with CCDs, carrying out a number of landmark studies of these important stellar systems beginning with CFHT in the mid 1980s and continuing until the present day with the Hubble Space Telescope. Notable highlights from his more than 140 refereed publications include the discovery of young globular clusters in the outer halo, and a series of papers characterizing the faint but extensive white dwarf populations belonging to the globular clusters M4, NGC 6397 and 47 Tucanae.

In addition to his research on globular clusters and their constituent stars, Prof. Richer has worked on wide range of topics in astrophysics, including the mass function of the Galactic halo, optical counterparts of X-ray sources, and ground-layer adaptive optics systems for ground-based telescopes.