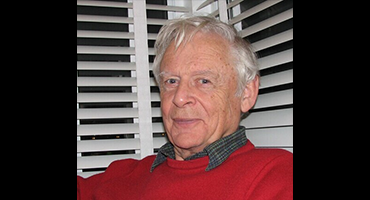 It is with great sadness we announce the passing of Professor Emeritus Dr. Bruce White on Thursday, February 3, 2022.

Bruce was born in New Zealand in 1931. He received his Bachelor of Science degree from Victoria University, Wellington (New Zealand) in 1951, and later completed his PhD in nuclear physics at the Imperial College of Science and Technology at London (UK). In 1956, Bruce was recruited by the then Department Head Gordon Shrum to UBC Department of Physics & Astronomy.

Bruce played a significant role in the building of TRIUMF, Canada's particle accelerator centre. When TRIUMF was first approved, Bruce, along with several other faculty members in the department, took the responsibility for various parts of the TRIUMF cyclotron during the first few years. Specifically, Bruce looked after the ion source and injection system, just as Ed Auld looked after the magnets, Karl Erdman after the radio frequency, Dave Axen after vacuum, and so on. He later collaborated with these colleagues in experiments at CERN in antiproton annihilation using the ASTERIX detector.

Bruce also taught physics and engineering physics in the department, and spent his sabbatical years in New Zealand and France. He retired from the department in 1996 after 40 years of service.

To learn more about Bruce's life, please visit his full obituary. In lieu of flowers, please consider making a donation in his memory to a charity of your choice. The BC, Musqueam and UBC flags (at the North Plaza of the Life Building) on UBC campus was lowered Wednesday, March 9, 2022 in remembrance.

We thank Ewart Blackmore from TRIUMF for his help in preparing this announcement.