Since ALPHA – the Antihydrogen Laser Physics Apparatus Collaboration – first trapped and stored antihydrogen atoms in 2010, the international team has been making strides in advancing our understanding of antimatter. Just last month, results from their spectroscopic measurements were published in Nature. This brings us closer to learning why - if matter and antimatter were created equally during the Big Bang, where is all the antimatter? Among the 52 co-authors from 15 institutions in Canada, Brazil, Denmark, Israel, Japan, Sweden, UK, and the USA, we want to take an opportunity to recognize UBC PHAS ALPHA members’ contributions to the 1S-2S laser spectroscopy in ALPHA-2.

Andrea Gutierrez was ALPHA-Canada collaboration spokesperson and TRIUMF Research Scientist Dr. Makoto Fujiwara’s graduate student, and recently graduated from PHAS with a PhD. She assisted in the construction of the ALPHA-2 apparatus, and in particular, she led the commissioning of the ALPHA-2 Catching Trap. She also developed a novel compression scheme for antiproton clouds, and participated in the analysis of particle detector data.

Matt Grant, former PHAS Engineering Physics Program student, just started as graduate student at Stanford this fall. He did one co-op term with the ALPHA team, and then won a CERN summer student fellowship spending the summer 2015 at CERN, working on a laser imaging system.

PHAS Professor Emeritus Walter Hardy and his graduate student Nathan Evetts, along with Professor Michael Hayden of SFU, have had responsibility for all microwave aspects of the experiment. In particular (along with PhD student Tim Friesen of Calgary), they conceived and implemented in-situ magnetometry via microwave heating of plasma modes of electrons in the ALPHA-2 electrode stack. This procedure was used extensively in the experiments.

Walter and Nathan also conceived and fabricated novel cryogenic microwave filter tubes for the laser beam paths in the experiment. Eight of these tubes were installed for the 1S-2S laser spectroscopy experiment.

Professor Takamasa Momose (Chemistry and PHAS) and his former PhD student, Mario Michan have had responsibility for the development of a Lyman-Alpha laser system for laser cooling of antihydrogen, which is necessary to improve the precision of the 1S-2S laser spectroscopy. Mario completed his PhD in January2014, and then worked at TRIUMF as a post-doc until April 2016.

It is also worth mentioning that Makoto and Michael are both UBC PHAS alumni!

Congratulations again, ALPHA team, on this tremendous breakthrough. We look forward to more discoveries in the year to come!

(Also check out this video of Makoto talking about ALPHA-Canada Team's work - many PHAS members are in the video!) 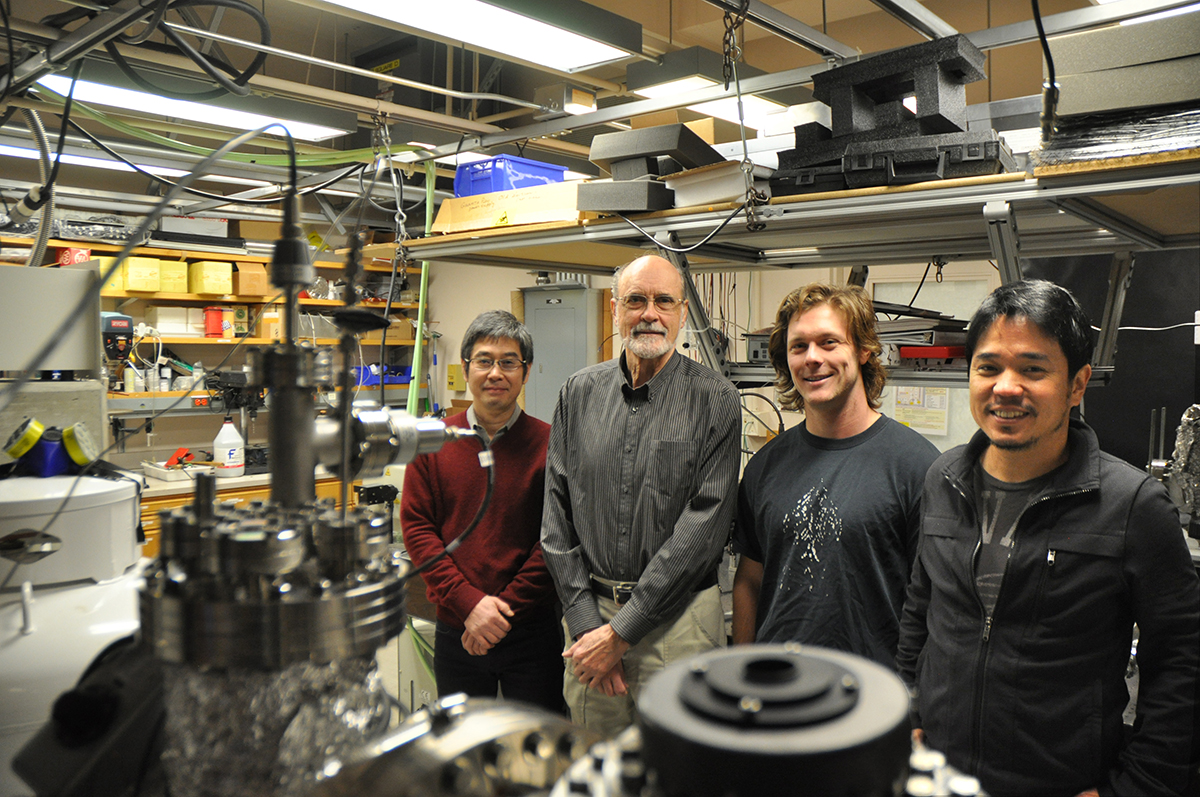