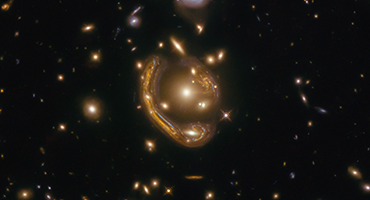 When the Universe was three billion years old, it experienced the most prolific period of star birth in its history.

But when astronomers at the University of Massachusetts, UBC and the University of Toronto used NASA’s Hubble Space Telescope and the Atacama Large Millimeter Array (ALMA)  to gaze at cosmic objects from this period, they found something odd—six early, massive galaxies that had run out of the cold hydrogen gas needed to make stars.

“During an era when the universe had stepped on the gas and reached the peak of star formation activity, these galaxies had already hit the brakes and stopped forming stars,” explains Dr. Lamiya Mowla, postdoctoral fellow at the University of Toronto’s Dunlap Institute and author on the paper. “They had run out of the cold gas required for star formation. But how this happened so early on remains a mystery.”

The study of the early, distant, dead galaxies—reported in Nature—was part of the  Resolving QUIEscent Magnified Galaxies At High Redshift (REQUIEM) program. REQUIEM uses massive foreground galaxy clusters as natural telescopes. When an early, massive and very distant galaxy is positioned behind such a cluster, it appears stretched and magnified, allowing astronomers to study details that would otherwise be impossible to see. This is called strong gravitational lensing.

“By using strong gravitational lensing as a natural telescope, we can find the distant, most massive and first galaxies to shut down their star formation,” explains the paper’s lead author Dr. Kate Whitaker, Assistant Professor of astronomy at the University of Massachusetts, Amherst.

“I like to think about it like doing science of the 2030s or 40s—with powerful next-generation space telescopes—but today instead by combining the capabilities of Hubble and ALMA, which are boosted by strong lensing.” 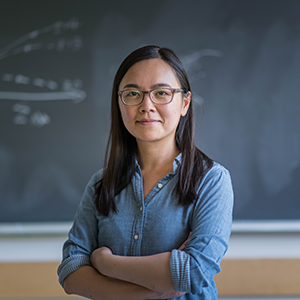 The next generation of extremely large telescopes will provide sharp views of distant galaxies, allowing humans to peer back at billions of light-years of the universe’s history, says co-author Dr. Allison Man, assistant professor with physics and astronomy at UBC and former Dunlap Fellow.

“The sharp views of distant galaxies will enable a better characterization of their structure – do they have spiral arms or bulges, are they made of clumps or merge frequently with other galaxies? This is invaluable information to discern between different galaxy formation models.”

These category of dead galaxies don’t appear to rejuvenate, even through later minor mergers with nearby, small galaxies and gas. About 11 billion years later in the present-day universe, these formerly compact galaxies are thought to have evolved to be larger but are still dead in terms of any new star formation.

Dr. Whitaker proposes several possible explanations: “Did a supermassive black hole in the galaxy’s centre turn on and heat up all the gas? If so, the gas could still be there, but now it’s hot. Or it could have been expelled and now it’s being prevented from accreting back onto the galaxy. Or did the galaxy just use it all up, and the supply is cut off? These are some of the open questions that we’ll continue to explore with new observations down the road.”

The Canadian Near Infrared Imager and Slitless Spectrograph Unbiased Cluster survey with the upcoming James Webb Space Telescope will be able to take advantage of both strong-lensing by galaxy clusters and the increased sensitivity and resolution, according to Dr. Mowla. “We can explore smaller galaxies at an earlier era to figure out what makes some galaxies hit the brakes even before the Universe enters the fast lane for star formation.”