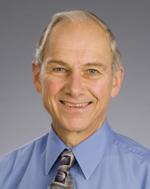 Most of my recent research has involved the study of molecular clouds and star formation in the interstellar medium, using the James Clerk Maxwell Telescope located on Mauna Kea in Hawaii. It is the premier telescope in the world for submillimetre wavelength observations, the wavelength band in which many molecules, and the dust in molecular clouds, emit. A major goal is to trace the early stages of star formation from the dense molecular cloud core phase to the arrival on the main sequence.

I am also part of the consortium involved in the Canadian Galactic Plane Survey, much of which is being carried out at the Dominion Radio Astrophysical Observatory in Penticton, B.C. This is a mutliwavelength project which will survey the Galactic Plane over about 70 degrees of longitude, and 8 degrees of latitude in HI, and two continuum frequencies. Mapping of CO, and other continuum frequencies has been carried out at other observatories. One of my interests is the distribution of the cold HI, determined by self-absorption of HI.

See my research page for a list of selected publications.