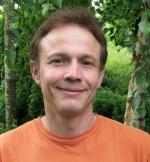 We use high-power ultrashort laser pulses to

• control and monitor the motion of molecules

• change their physical and chemical properties

CONTROLLED MOLECULAR ROTATION and MOLECULAR SUPER ROTORS. Major breakthroughs in our understanding of nature are often triggered by creating new exotic states of matter – objects previously inaccessible for direct laboratory studies. Antimatter or ultra-cold molecules are recent examples of such physical entities whose availability lead to significant advances of science. In the focus of this Proposal is an exotic molecular object – an ensemble of molecules set in synchronous directional rotation with extremely high angular frequency, tuneable across many orders of magnitude between ultra-slow and ultra-fast limits.  Over the past few years, our research team at UBC has been developing various techniques of controlling molecular rotation with laser light. The interest in the subject stems from the fact that, similarly to other degrees of freedom, rotation has a direct effect both on the internal and external molecular dynamics. It has been speculated that extremely fast rotating molecules, known as “Super Rotors”, may exhibit a number of unique properties, from rotation-induced nano-scale magnetism to formation of macroscopic gas vortices. Hence, orchestrating molecular spinning in a broad range of angular frequencies is appealing from the perspectives of intra- and inter-molecular dynamics.

QUANTUM CHAOS WITH KICKED MOLECULAR ROTORS. One of the most studied systems exhibiting chaotic dynamics is a “delta-kicked rotor”. The angular momentum of a classical rotor with continuous energy spectrum, exposed to a periodic series of rotational kicks, grows as a square root of time, while its energy scales with time linearly.  Quantum mechanics introduces two fundamental corrections to this scenario, known as Dynamical Localization and Quantum Resonance. The effect of localization (similar to Anderson localization in disordered solids) is manifest in the suppression of molecular rotation. Quantum resonance results in the opposite effect of a faster-than-linear energy growth due to the discreet spectrum of a quantum system. Surprisingly, neither effect has been observed in a system of true quantum rotors, such as an ensemble of diatomic molecules. The difficulty stems from the technical challenge of producing long sequences of strong femtosecond pulses. We have succeeded in achieving this goal by designing and building a high-resolution pulse shaper, capable of resolving resonant rotational structure of such molecules as Oxygen and Nitrogen. Using this novel pulse shaping tool, we have observed quantum resonances as a significant increase of the rotational energy of molecules exposed to periodic kicking. Our demonstration of quantum resonances in a true kicked-rotor system paves the way for further investigations of nonlinear chaotic dynamics in molecular systems, where such effects as centrifugal distortion or ro-vibrational coupling may result in extremely rich new physics.

COLLABORATIONS. We pursue truly interdisciplinary research at the interface between physics and chemistry, molecular and solid-state physics, theory and experiment, fundamental and applied science. Our group occupies one laboratory at the Department of Chemistry and another one in Physics. We are part of the Laboratory for Advanced Spectroscopy and Imaging Research ( LASIR ), the Center for Research on Ultra-Cold Systems ( CRUCS ), and the Center for Coherent Dynamics of Ultra-Cold Molecular Systems at the Peter Wall Institute for Advanced Studies ( PWIAS ).