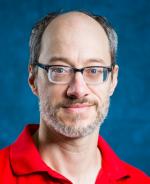 I study and teach the Irish language, and have given physics lectures in Irish before.  Má tá Gaeilge agat, scríobh chugam!

My research is in the area of direct dark matter searches.  I am a member of the SuperCDMS collaboration, which is building a new experiment slated for SNOLAB that will have world'-leading sensitivity to low mass WIMPs which may constitute the dark matter content of the universe.  My group is in charge of the data acquisition and trigger for SuperCDMS.  I was previously also a long-time member of the T2K collaboration, for which I led the fine-grained detector group.  I also served as co-leader of T2K's near detector effort.  I was also a member of the Sudbury Neutrino Observatory (SNO) collaboration, where I focused on signal extraction techniques and analyses of time variations in the solar neutrino flux.