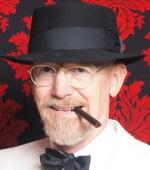 Emeritus since retirement in 2011.

I would characterize myself primarily as a developer of the methodology of (and facilities for) muon spin rotation/relaxation/resonance (µSR) and as a promoter of its wider use as a general-purpose tool of material science and chemistry. Reference 1 summarizes the origins, methodology and applications of µSR.

Over the years I have also maintained an active interest in the more fundamental aspects of muon science as well as the practical aspects of muon beam technology, but µSR remains my first love. In the past two decades, I have helped to build up world-class µSR facilities at TRIUMF that are unique in the Western Hemisphere; I am now working to make those facilities more available to other µSR users, such as the 100 or more condensed matter physicists and chemists who visit TRIUMF regularly from all over the world to perform µSR experiments on their chosen systems - gases, liquids and solids.

The following papers exemplify my group's most rewarding contributions to the field of high temperature superconductivity (HTSC), one of the primary foci of my research while I was an Associate of the Quantum Materials (formerly Superconductivity) program of the Canadian Institute for Advanced Research (CIFAR) from 1988 to 2008: The review article, Ref. 2, describes a decade-long study of the temperature- and magnetic field-dependence of the magnetic penetration depth $\lambda$ and the coherence length $\xi$ in various superconductors, primarily the archetypal HTSC YBa2Cu3O6+x, using HTF-µ+SR lineshape measurements refined at TRIUMF since 1987. This method has also been used to investigate the dynamics of the vortex lattice in HTSC. A more recent paper, Ref. 3, describes our confirmation of weak magnetism in extremely pure, superconducting YBa2Cu3O6+x crystals. This phenomenon has been a major component of my research since 1987.

Another major area of µSR research involves the behaviour of muonium (µ+e-) atoms in nonmetals. A prime example of how µSR experiments provide the best tests (indeed, in this case the only test) of theories of quantum propagation with dissipation is described in Ref. 4. More recently, in Ref. 5 we reported the first known example of destruction of bandlike propagation by order (in this case orientational order); normally one expects disorder to have this effect, as in "Anderson localization".

Our subsequent work on this and other cryocrystals (materials that are normally gaseous at room temperature) showed that muonium is ubiquitous in these simple insulators and that studies of the electric field dependence of the details of its formation can reveal both qualitative features of muon solid state chemistry and quantitative measurements of the mobility of charge carriers liberated in the muon's ionization track. In Ref. 6 we describe how this new technique can be used to investigate charge transport; these studies have since been extended to more conventional insulators and semiconductors.

Similar techniques have since been applied to magnetic semiconductors, in which the positive muon serves both to create and to detect the elusive magnetic polaron (MP) or spin polaron (SP). See Ref. 7.

Most recently (see Ref. 8) we have found spin polarons in geometrically frustrated magnetic metals such as Cd2Re2O7, where the usual Coulomb-bound muonium state cannot exist because of charge screening. Here the ferromagnetic exchange interaction between the SP electron and nearby moments supplies the binding required to localize the electron, as predicted by de Gennes half a century ago but never directly observed until now. It appears that MP and SP states may be far more ubiquitous than previously anticipated.

For a more comprehensive list of publications (or to peruse the µSR literature) please feel free to search the µSR Literature Database and/or the µSR Research Highlights Database at TRIUMF.