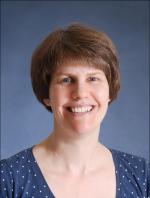 My work involves the observation of radio pulsars and their companions, with a general theme of studying binary pulsar evolution, and with additional work in such areas as pulsar instrumentation and polarimetry, and some observations at other wavelengths.  Recently I have become interested in radio transients including Fast Radio Bursts.

Pulsar Timing: Finding pulsars in surveys is only the first step in their study -- the science comes out of long-term timing follow-up of these rapidly rotating neutron stars. Some of the particular objects I follow include a young pulsar with a companion of 11 solar masses, for which we are trying to understand the orbital dynamics and the interaction between the two stars; a young pulsar that switches emission states; a "missing-link" pulsar/X-ray-binary system and several double-neutron-star binaries that allow stringent tests of general relativity. I'm also interested in trying to derive stellar masses and understand different evolutionary theories through long-term observations of pulsar--white dwarf binaries.  A long-term goal, sought as part of the NANOGrav collaboration, is the direct detection of gravitational waves using multiple pulsars.

Fast Radio Bursts (FRBs): These millisecond-duration bursts of radio emission are extragalactic in origin but their source is still unknown.  I am part of a team installing a powerful FRB detector on the upcoming CHIME telescope; we expect to see up to a few tens of FRBs per day and examine the brightest ones with high time resolution and polarimetry.

Instrumentation: Better instruments yield better timing precision and hence higher-quality science. I have been involved in assembling coherent-dedispersion instruments for Arecibo and Green Bank, and am currently managing the installation of a 10-beam pulsar instrument on the upcoming CHIME telescope.