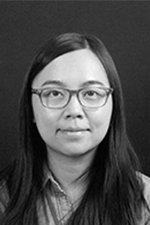 The Extragalactic Astrophysics Group at UBC studies how galaxies form and evolve in the early Universe. Galaxies are complex celestial objects that require knowledge of physics from quantum to cosmological scale to understand. Although recent facilities like the Hubble Space Telescope have enabled astronomers to characterize basic properties of distant galaxies like colours and shapes, fundamental questions about their origins remain. In our group we address questions such as:

We make use of state-of-the-art facilities such as the Hubble Space Telescope, Atacama Large Millimeter Array, the Gemini Observatory, the Very Large Telescope, and the upcoming James Webb Space Telescope. These telescopes provide a high-resolution and deep view of the gaseous and stellar content of galaxies emitting light in the first few billion years since the Big Bang. With a comprehensive, multi-wavelength view we can reconstruct the formation histories of galaxies.

Aside from research, Allison is part of Homeward Bound, a global leadership initiative for 1000 women in STEMM. Over the past few years she has contributed to several astronomy education training programmes in Africa, including the Astronomy Research Training and the Pan-African School for Emerging Astronomers.

Our group is actively recruiting students and postdoctoral fellows! Feel free to get in touch to learn more.

See the Astrophysics Database System for a list of my publications