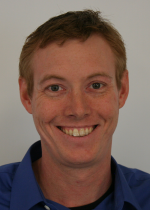 My research program uses theory and observations to explore a wide range of processes in the formation of planets, from the birth of planet-forming discs to the long-term evolution of planetary systems.  Key science objectives are to investigate

Chondrule Formation: Chondrules are ~0.1 mm once-molten spherules found in great abundance in a common class of meteorites called chondrites.  They preserve information about the conditions in which the planets formed, and can even be used as a way to place constraints on the timing of formation events.  Part of my research uses hydrodynamics simulations to explore whether shocks in the Solar Nebula, the planet-forming disc that gave birth to the Solar System, could have melted primitive dust to produce these meteoritic time capsules.  You can listen to a short public talk that I gave on the importance of chondrules here.

Planetary Debris: Planet formation is not 100% efficient, and leftover building blocks can continue to evolve long after the main phases of planet building come to an end.  Examples of such leftovers in the Solar System are the asteroids and comets -- they are remaining planetesimals.  Collisions between planetesimals produce dust, which in turn can be used as a tracer of planetary systems around other stars.  My group uses radio interferometers (e.g., ALMA and VLA) to observe the light emitted from such dust to constrain the planet formation process.

Stars in the Millimetre:  Radio observatories are just now reaching the sensitivities necessary to explore what stars, other than the Sun, look like at submillimetre to centimetre wavelengths.  My group is carrying out a targeted study (using ALMA, VLA, JCMT, and SMA) to observe stars at these wavelengths. This is a necessary step for validating stellar atmosphere models, but it is absolutely critical to debris disc studies, as stellar emission can confound attempts to observe planetary debris.

Planetary Dynamics: Planet building and the subsequent evolution of nascent systems involves significant interactions between planets, as well as interactions with the system's natal circumstellar disc while it is present. My group uses few-body and n-body simulations to explore how dynamical interactions could shape planetary systems and yield the diversity in planetary types and planetary system architectures that have so far been observed in the Galaxy.

Early Disc Evolution: Using simulations, my colleagues and I explore the evolution of massive circumstellar discs, which can exist during some of the earliest stages of star and circumstellar disc formation.  This work includes exploring how discs behave under the effects of their own gravity, as well as the thermal and chemical evolution of such systems.  This stage of disc evolution sets the stage for main period of planet formation, and can even lead to the rapid formation of giant planets, brown dwarfs, and companion stars.

I am also a co-founder and co-director of the Outer Space Institute, an institute that takes a transdisciplinary approach to addressing major challenges in NewSpace. The scope of the institute is broad, but our current focus is on orbital debris and space resource extraction.