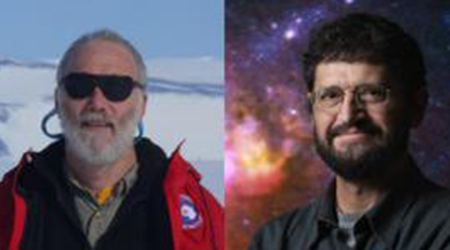 (From UBC Science) UBC professor of physics & astronomy, Gary Hinshaw, is one of the recipients of the 2018 Breakthrough Prize in Fundamental Physics.

He and colleagues from NASA’s Wilkinson Microwave Anisotropy Probe (WMAP) team, including UBC physics & astronomy colleague Mark Halpern, were awarded the prize for their work on mapping the early universe. Their findings cemented the “standard model” of cosmology: a flat universe dominated by dark matter and dark energy.

“It was a complete surprise to learn I was awarded the Breakthrough Prize,” said Hinshaw, who was instructed to keep the news secret even from his children.

The WMAP team was recognized for their accurate measurements of several key cosmological parameters, including the age of the universe at 13.77 billion years; the fact that more than 95 per cent of the energy in the universe resides in the form of dark matter and dark energy; and the notion that our universe likely began with a burst of “cosmic inflation.” Taken together, these results establish the Standard Model of cosmology. The publications stemming from this work are among the most highly cited physics and astronomy papers ever published.

The $3 million prize will be split among the team members.

The WMAP team was previously recognized in 2012 with the Gruber Prize in Cosmology. Earlier this year, Hinshaw

was elected a fellow of the Royal Society of Canada.